Munich/Vienna, March 31, 2021 – Already last year, Baywobau, Rock Capital Group and UBM Development succeeded in acquiring an adjoining property at Hofmann Straße 29 in Munich-Obersendling from a private seller. The Hofmannstraße site is directly adjacent to the collaborative “Gmunder Höfe” project. The planned project comprises 460 apartments in up to seven-story buildings. With the addition of the new plot, a further 80 apartments will be added to the project, for which planning permission has now also been granted.

Last year, the largest section of the “Gmunder Höfe” residential project in Munich, which was jointly developed by Baywobau, Rock Capital Group and UBM Development, was sold as a forward sale to the German housing company Vonovia: Here, Vonovia secured the first part of the project with 322 residential units as well as a daycare center. Construction on the approx. 14,000 m² site already started in March 2020, with completion and handover scheduled for the second half of 2023. This transaction is the largest forward sale in the residential construction sector in Munich in the last 10 years.

Construction work can now also start on the next development stage. But the third and final construction phase, with predominantly subsidized apartments, shall also not take much longer. Baywobau, Rock Capital and UBM expect to complete the entire construction project, which will then include around 540 apartments on the approximately 23,500 m² site, by summer 2024.

Details of the “Gmunder Höfe” project

The project on Gmunderstraße in Munich-Obersendling, which now has a total of around 540 residential units, also includes two daycare centers, a crèche, a cafe/restaurant area and over 550 parking spaces. The architectural design is by architect Prof. Dr. Rudolf Hierl, who was the winner of an international architectural competition. The area of Obersendling in Munich, formerly strongly influenced by Siemens AG and an important business location of the Bavarian metropolis, has increasingly developed into a sought-after residential area in recent years. Many Munich residents appreciate not least the proximity to the Isar River and the fast connection to the city center thanks to the subway and S-Bahn. The project is being developed and realized in almost equal parts by Rock Capital Group, Baywobau and UBM.

The parties have agreed not to disclose the purchase price.

UBM Development develops real estate for Europe’s metropolises. The strategic focus is on green building and smart office projects in major cities such as Vienna, Berlin, Munich and Prague. With over 145 years of experience, UBM offers all development services from a single source, from planning to commercialisation. The shares are listed on the Prime Market of the Vienna Stock Exchange, the segment with the highest transparency requirements.

Beginning in the 1960s as a simple planning office, initially for the Bavarian region and in Augsburg, Baywobau has been one of Bavaria’s largest housing developers for many years. In the early 1990s, the company expanded to Dresden and Leipzig, and in 1994 to Berlin. Baywobau covers the entire range of services from land acquisition, conception and project development through planning, construction supervision and support to sales and leasing in its own company. Since its founding some 55 years ago, Baywobau has built well over 20,000 apartments in more than 350 development projects, as well as numerous residential and commercial buildings, administrative buildings and hotels.

Rock Capital Group is one of the leading German project development companies in the field of residential and commercial construction and was founded by the managing directors Peter G. Neumann and Christian Lealahabumrung. Due to Rock Capital Group’s extensive experience in the development of residential, commercial and urban neighborhoods, the company is currently very involved in the creation of new residential, office, commercial, hotel and retail space in existing structures through creative conceptualization and planning. At present, the company is in the process of developing approximately 1,000,000 m² of office, commercial, residential, retail and hotel space as well as over 5,700 new residential units with a total investment volume of over 8.0 billion euros in the Munich and Frankfurt area. 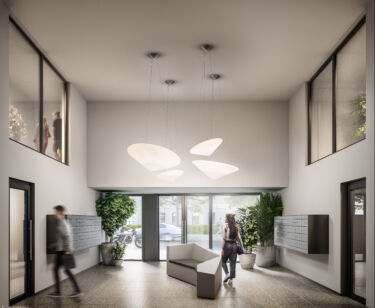 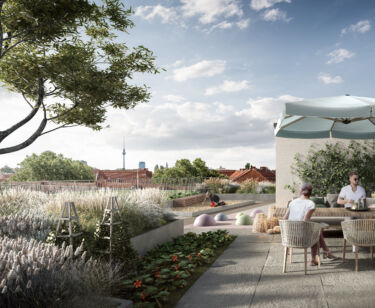 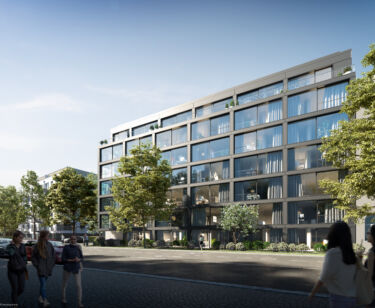