Berlin/Vienna, 8 November 2018 – After a two-year construction period, the new Zalando corporate headquarters in Berlin were transferred to the tenant Zalando SE and the end investor, a Luxembourg special property fund which was advised by the international real estate investment company Hines. The double building was designed by HENN Architects and is located not far from the Mercedes-Benz Arena in Berlin’s Friedrichshain-Kreuzberg district.

“This major project proves that UBM Development has now entered a new league: Not many developers can realise office projects with a volume of roughly €200m – and all that according to plan and on budget. The key to our success lies in the excellent cooperation with our partners, who I would now like to thank“, summarised Christian Berger, Managing Director of UBM Development Deutschland GmbH. “With this project, we have demonstrated our ability to create innovative working worlds based on state-of-the-art standards, and we are now ready to tackle further innovative large projects for the digital industry of the 21st Century.“

Zalando has leased approximately 42,000 m2 in the seven-storey office complex. The new headquarters of this online fashion retailer forms the heart of the Zalando Campus and brings employees together from different locations throughout the city. The complex also includes a day-care centre, gastronomy zone and roof terrace for sport activities as well as parking spaces.

Modern workplaces for 6,000 employees
Raimund Paetzmann, Vice-President of Corporate Real Estate commented: “We are pleased to offer most of our employees in Berlin a working environment that brings the different areas of our company closer together and encourages interaction and creativity. This new headquarters will form the hub of our Zalando Campus, where roughly 6,000 Zalandos will work together.“

Following the ground-breaking ceremony on 6 September 2016 which was attended by Berlin‘s Mayor Michael Müller, UBM Development, as the project developer, completed the turnkey construction of this double building in roughly two years. PORR Deutschland GmbH served as the general contractor for the project.

Christoph Reschke, Managing Director of Hines IMMOBILIEN GmbH, explained: “This distinctive Zalando headquarters building reflects the flair of Berlin as a creative and innovative capital city. We are very pleased that the project was completed quickly and on-schedule. With Zalando, we are welcoming an innovative, future-oriented company as a tenant. We wish the employees a great deal of success and a pleasant, creative atmosphere in the their new workplace.“

On the architectural concept
The building layout reinterprets the typical Berlin block-edge pattern, which shifts the interior courtyards to the outer edges of the property. This opening creates passageways between the offices and the public areas. A vertical atrium in the main building opens up over the height of the entire structure with an airspace that directs the daylight down to the ground floor. The central lobby is flanked by a staircase with seating and lounge facilities which can also be used for events. A café and cafeteria are located next to the auditorium and the conference and training zones.

The working areas are flexible and can be adjusted to meet changing team sizes. Central areas for project work are located in the middle. Starting at this interactive core, the work atmosphere gradually changes to quiet concentration and retreat spaces for individual employees. So-called catwalks link the individual neighbourhoods; they set the stage for informal meetings and strengthen the multidisciplinary character of day-to-day work at Zalando.

UBM Development is the leading hotel developer in Europe. Its strategic focus is on the three clearly defined asset classes Hotel, Office and Residential and the three core markets Germany, Austria and Poland. With 145 years of experience, UBM focuses on its core competency, the development of real estate. The Group acts as a one-stop provider for the entire value chain from initial planning all the way to marketing of the property. UBM’s shares are listed in the Prime Market segment of the Vienna Stock Exchange. 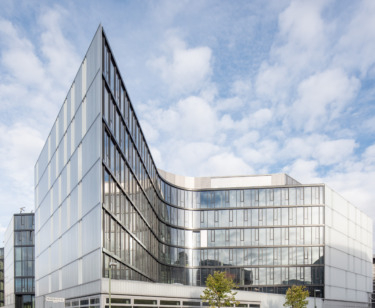 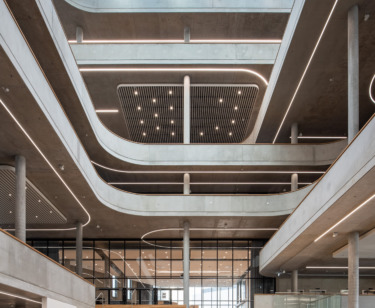 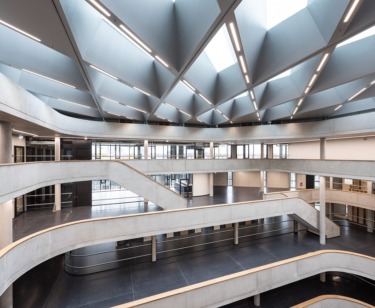