Vienna, 5 October 2020 – UBM Development is selling a further residential project in one of Vienna‘s most popular development areas, the former Northern Railway Station grounds in the Second District. BUWOG is acquiring the Northern Railway Quarter project (50% UBM) nearly two years before completion for about €50m. This represents the third UBM residential project sold to the Vonovia Group within a single year. The project covers 181 apartments close to Vienna’s dynamic city centre.

“The residential asset class is the current winner, and we hold a top position here with 3,500 apartments now under development“, explains Thomas G. Winkler, CEO of UBM Development AG. The corona crisis has further intensified the demand overhang in this asset class, which has also been accompanied by the growing focus of institutional investors on residential projects in major European cities.

There is sufficient liquidity in the markets, but the risk appetite is declining – and that creates a clear advantage for residential properties in prime locations. “Investors want to reduce risk and are willing to accept a lower return to meet this goal“, adds Winkler. UBM‘s €2 bn development pipeline currently contains roughly 45% of residential projects and a further 25% of offices. Most of the projects are located in major cities like Vienna, Munich and Berlin.
A strong cash position will allow UBM to further expand its development pipeline in the residential and office sectors.

Attractive Northern Railway Quarter
The Northern Railway Quarter is not only the largest, but one of the most attractive urban development projects under realisation in Vienna. On a total area of 85 hectares – close to the city centre and only a few minutes away from the Prater amusement park and Danube Island – a new urban quarter with apartments, offices, green areas and businesses is under development.

Together with a project partner, UBM is developing three buildings with a total of 181 privately financed and low-cost rental apartments as well as commercial and retail space and 59 parking spaces. The two sites along the Bruno-Marek Allee have 10,850 m² of usable space and were acquired from ÖBB Infrastruktur in 2019. The ground-breaking ceremony for this project was held in September. The sale of the project company through a share deal took place on 30 September, and the sellers are now serving as the sole contractor. Completion is scheduled for autumn 2022.

Effects of the sales on UBM:

UBM Development creates real estate for Europe’s top cities. The strategic focus is on green building and smart office in major European metropolitan areas like Vienna, Berlin, Munich or Prague. With over 145 years of history, UBM is a one-stop provider for the entire development value chain from initial planning all the way to marketing. The company’s shares are listed in the Prime Market of the Vienna Stock Exchange, the segment with the highest transparency requirements. 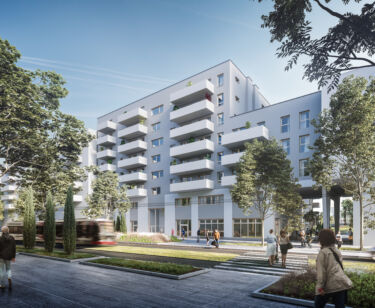 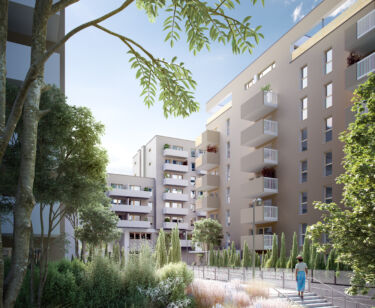 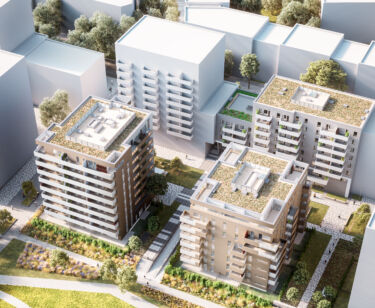 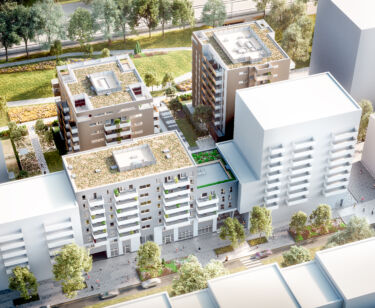