Vienna, 19 October 2022. Following gold in the initial assessment last year, UBM Development has now been awarded platinum by EcoVadis, the highest rating awarded by EcoVadis. This puts UBM in the top one percent of all 100,000 companies assessed by EcoVadis worldwide.

The assessment covers the four most important topics in the area of sustainability on the basis of 21 indicators: environment, labor and human rights, ethics and sustainable procurement. In all four categories, UBM Development performs well above the industry average – not least due to the consequent implementation of the ambitious goals and measures, which are also communicated extensively and transparently in the ESG report.

“We are delighted to be awarded the highest accolade by EcoVadis. For us, sustainability is not only anchored in the group strategy green. smart. and more. but sustainability is an attitude for us,” says Thomas G. Winkler, CEO of UBM Development AG. This is also demonstrated by the Climate Day in October: employees from all UBM subsidiaries actively participated in this climate action day in order to further strengthen sustainability awareness in the company.

With the EcoVadis rating, UBM Development was able to achieve its second top result in 2022: The company also improved to “B-” in the ISS ESG rating, thus further expanding its industry leadership in Germany and Austria. UBM has also been a member of the Austrian Sustainability Index (VÖNIX) since 20 June 2022.

EcoVadis has become one of the largest providers of sustainability ratings worldwide since it was founded in 2007. The rating agency evaluates ESG performance using a standardized questionnaire. The methodology is based on leading standards such as GRI, UN Global Compact and ISO 26000 and is designed to make companies’ sustainability activities measurable, as a result creating trust and transparency.

UBM Development develops real estate for Europe’s metropolises. The strategic focus is on green building and smart office in major cities such as Vienna, Munich, Frankfurt and Prague. The platinum rating from EcoVadis and the prime status from ISS ESG confirm the consequent focus on sustainability. With close to 150 years of experience, UBM offers all development services from a single source, from planning to marketing. The shares are listed on the Prime Market of the Vienna Stock Exchange, the segment with the highest transparency requirements. 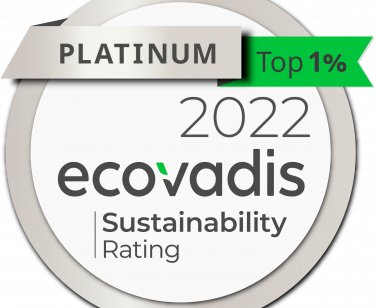 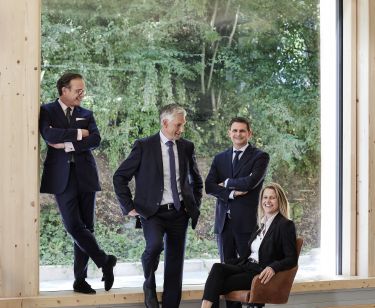