Vienna/Frankfurt, 17 February 2020 – UBM Development, the leading hotel developer in Europe, is realising the FAZ Tower in Frankfurt’s popular Europaviertel. This architecturally impressive major project will serve as the new headquarters for the Frankfurter Allgemeine Zeitung (FAZ) and also include a 350-room hotel.

UBM is expanding its office and hotel pipeline in Germany with a further major project. At a central location in the Europaviertel between the trade fair grounds and main railway station, UBM (75%) is developing the new FAZ Tower together with the Paulus Immobilien Group (25%). The entire 18-storey office tower will be rented by FAZ after completion. The site will also include a 350-room Leonardo Hotel. The planning is the work of the Berlin architectural office Eike Becker_ Architekten. “With its exceptional architecture in the form of a double-H and a prestige tenant, the FAZ Tower represents a milestone for UBM in Frankfurt“, comments Thomas G. Winkler, CEO of UBM Development. “Our hotel expertise is well known throughout Europe, but we are just as successful in developing offices. After Zalando in Berlin and Scout24 in Munich, we are now realising the third headquarters for a prominent company in Germany within a very short time“, adds Winkler.

This acquisition fits perfectly with UBM’s strategy to increase the focus on major projects. Construction has already started, and completion is scheduled for 2022. Consequently, a positive contribution to UBM’s earnings growth is expected in the near term. “We followed our record year in 2019 with a forecast for a further increase in earnings. Through projects like this with sale proceeds of a quarter billion euros, we intend to keep this promise“, states Winkler in conclusion.

FAZ – a new prominent tenant for the Europaviertel

The office building is fully rented before the construction start. The double-H tower will become the new FAZ headquarters and form the core of the project. The offices cover 18 stories with 27,300m² of gross floor space. An underground garage with a total of 280 parking spaces will also be available. “We are very pleased to have FAZ on board as a prominent tenant before the building is completed and will create a genuine landmark with this project. The adjoining hotel will also help to satisfy the growing demand for rooms in the financial centre Frankfurt“, comments Bertold Wild, Chairman of the Management Board of UBM Development in Germany, on the project.

A modern hotel in a prime location

An adjoining building will include roughly 350 hotel rooms on seven stories, which will be operated by Leonardo. The ground floor will provide nearly 1,700m² of retail space. The Europaviertel offers excellent infrastructure for the hotel and office building. The “Messe“ underground station is only a short walk away, and plans call for the addition of a new “Europagarten“ station on Line 5 by 2022.

UBM Development is the leading hotel developer in Europe. Its strategic focus is on the three asset classes Hotel, Residential and Office and on major European metropolitan areas such as Vienna, Berlin, Munich or Prague. With over 145 years of experience, UBM focuses on its core competency, the development of real estate. The Group acts as a one-stop provider for the entire development value chain from initial planning all the way to marketing the property. UBM’s shares are listed in the Prime Market, the segment with the highest transparency requirements on the Vienna Stock Exchange. 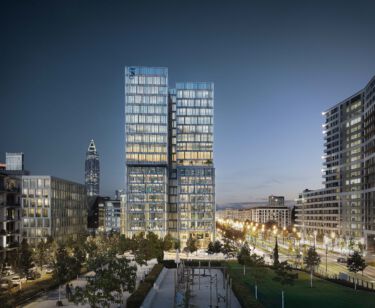 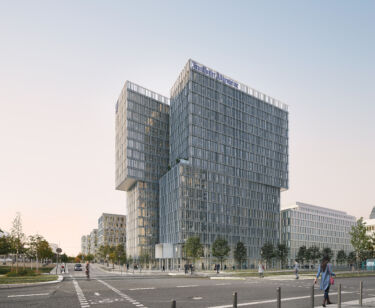 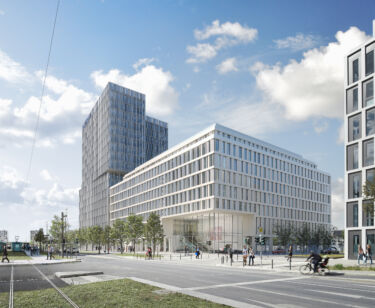 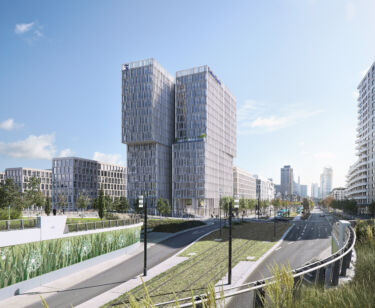