Vienna, 5 March 2019 – The project on Obere Donaustrasse in Vienna with over 23,000m², in which UBM Development acquired a 90% stake during the fourth quarter of 2018, is now taking concrete shape and receives a name: LeopoldQuartier. UBM, the leading hotel developer in Europe, plans to realise its largest hotel to date with substantially more than 700 rooms. The plans also include more than 700 residential units consisting of privately financed and subsidised apartments as well as a large share of modern and flexible housing models like serviced business apartments.

A modern urban quarter between the First District and Augarten

The LeopoldQuartier is located within walking distance of the inner city, literally only a small bridge away from the First District. This new urban quarter is also close to the Augarten and benefits from the expansive park. The area will be structured into several construction sites which cover the currently most popular asset classes (hotel and residential). UBM has already demonstrated its expertise in the development of urban quarters with the QBC (Quartier Belvedere Central) at Vienna’s central railway station, which is now in the final stages of completion with the last two building sections.

“With the LeopoldQuartier, we are creating a lively, green urban quarter which will offer residents and neighbours all the comforts of close proximity to the city center as well as a high quality of life between the Danube Canal and Augarten“, comments Gerald Beck, Managing Director of UBM Austria and member of the Executive Committee. “We are in close contact with the district representatives. With the construction of the LeopoldQuartier we also want to expand the local infrastructure offering. Interaction with neighbouring residents is planned and desired“, adds Beck.

Current plans call for construction from spring 2020 to 2023. Construction management will be compressed to allow for the maximum consideration of neighbouring residents.

UBM Development is the leading hotel developer in Europe. The strategic focus is on the three clearly defined asset classes hotel, residential and office as well as on the three core markets of Germany, Austria and Poland. With 145 years of experience, UBM focuses on its core competence, the development of real estate. From the planning to the marketing of the property, all services are offered from a single source. The shares of UBM are listed in the prime market segment of the Vienna Stock Exchange. 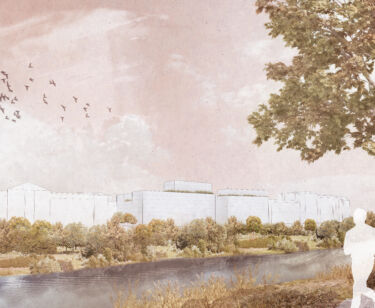 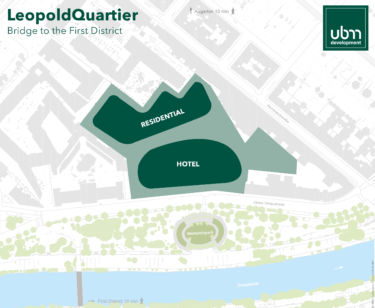