Vienna, 09 January 2019 – UBM Development, the leading hotel developer in Europe, again demonstrated its expertise in the office sector with the refurbishment of the “Office Provider” complex: This property in Vienna‘s Favoriten district was acquired in early 2017 and transformed into an office world 4.0 within two years. The refurbishment led to a substantial increase in the value of the location, which on one floor hosts UBM’s headquarters, within a short time. At the end of December 2018, the company sold the fully let office complex to a fund directed by Inmark Asset Management, a Korean company, for € 68.8m.

“Overseas investors are really hot on European real estate, and UBM is considered sexy in Seoul because of our assets’ potential for value appreciation”, said Thomas G. Winkler, CEO of UBM Development. Following the sale of the Zalando headquarters in Berlin for € 196m, another Korean investor has now acquired a UBM project. These investors are becoming more and more active in Europe, and Korean real estate investments are forecasted to reach record highs in 2018. “Our team worked towards the same goal together with UBM in good faith to reach satisfactory overall results throughout the entire transaction, especially at this time of the year. We look forward to engaging with UBM for further deals in the coming years”, said Kenneth Kyungsoo Hong, the Head of the Investment Division of INMARK Asset Management.

The “Office Provider” complex was developed by UBM around the turn of the millennium and completed in 2001. At the end of 2016, UBM repurchased the project from Sachsenfond. “Office Provider is the perfect proof that ‘fast-movers’ work in this boom phase”, added Andreas Zangenfeind, Head of Transactions and member of the Executive Committee of UBM Development.

The comprehensive refurbishment included the creation of a modern open-space office world, where UBM benefited greatly from its hotel know-how. Both the entrance area and the staff lounge of the new UBM headquarters are reminiscent of a hotel lobby. The building has 18,500m2 of lettable space distributed over seven floors (including more than 90% office, rest retail / food service) and a parking garage for nearly 500 vehicles. “Office Provider” is located in the “Monte Laa” urban development area and is optimally connected to the public transport network by bus and subway within walking distance.

Effects of the “Office Provider” sale on UBM

UBM Development is the leading hotel developer in Europe. Its strategic focus is on the three clearly defined asset classes Hotel, Office and Residential and the three core markets Germany, Austria and Poland. With 145 years of experience, UBM focuses on its core competency, the development of real estate. The Group acts as a one-stop provider for the entire value chain from initial planning all the way to marketing the property. UBM’s shares are listed in the Prime Market segment of the Vienna Stock Exchange. 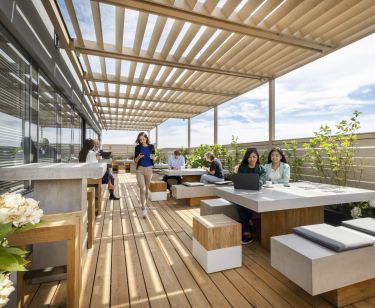 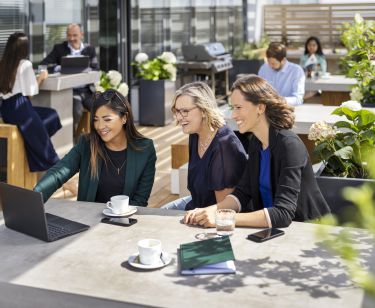 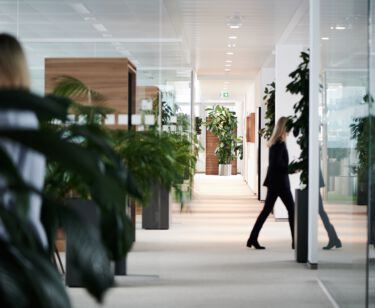 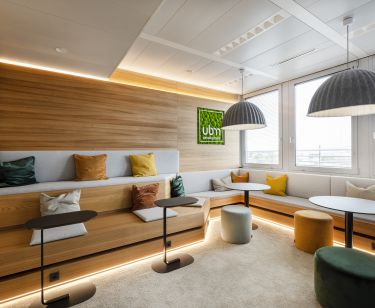 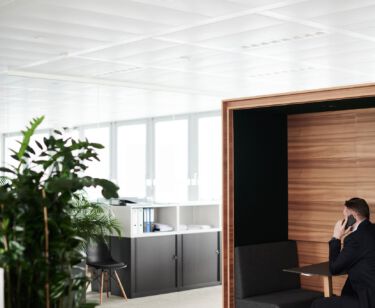 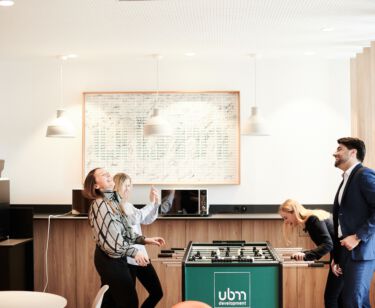 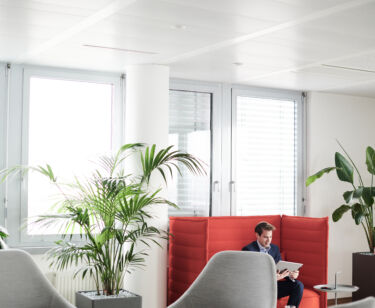 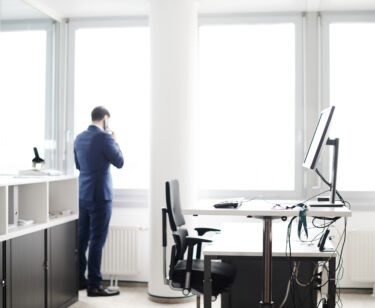 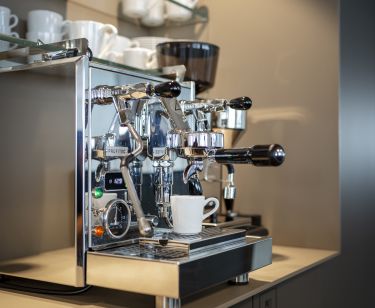 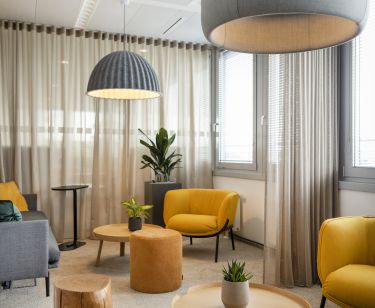 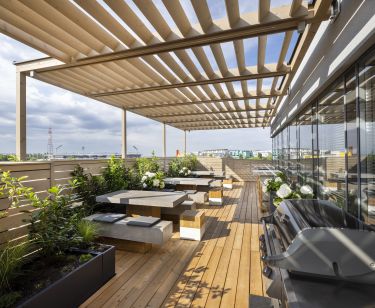